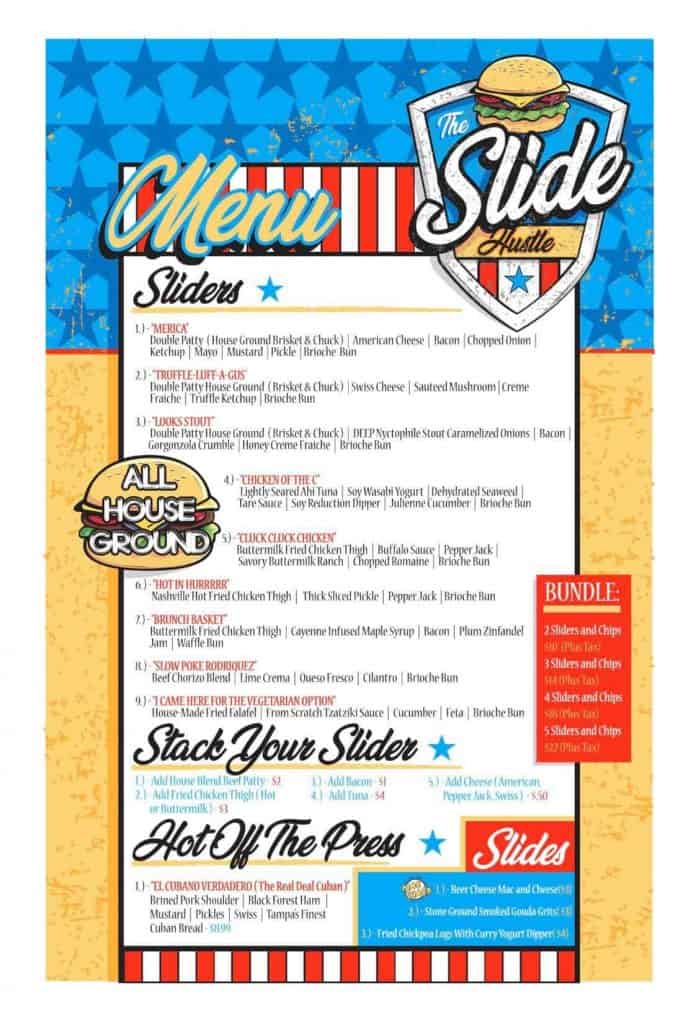 There’s been a lot of buzz on Instagram about this new food truck making its debut in town! I’ve been hearing about the Slide Hustle for a little bit now, and the teasers with not much information have definitely caught my attention.

Today, to my surprise, I learned that this food truck is owned by Justo Cruz, the 2016 FSU graduate that brought us Tallahassee’s 4x best food truck and ultimate comfort food, Tally Mac Shack! What are some of the words I’ve used to describe Tally Mac Shack (y’all know I’m addicted) – creative, unique, gourmet, delicious – everything you’d expect from a food truck that always boasts a long line, so I’m hoping the Slide Hustle will be as exciting and tasty as it’s big brother.

So what’s on the menu at Slide Hustle? According to their Instagram, their menu will rotate randomly from a selection of 63 unique sliders AND a real deal authentic Cuban sandwich! Look for a soft opening with a limited menu on October 24 at Deep Brewing Company!

It’s been a massive year for the Tally Mac Shack crew. I had a chat with Justo and although he had hoped to open on Tally Mac Shack’s 2-year anniversary, the debut was put on a very brief pause thanks to their other incredible endeavors this fall – Tally Mac Shack served at Doak Campbell Stadium and the new Tally Mac Shack on campus at the 1851 dining area underneath the Azalea Residency Hall.

Who will be first in line on October 24th at Deep???? Keep up with all the latest Slide Hustle info at Instagram.