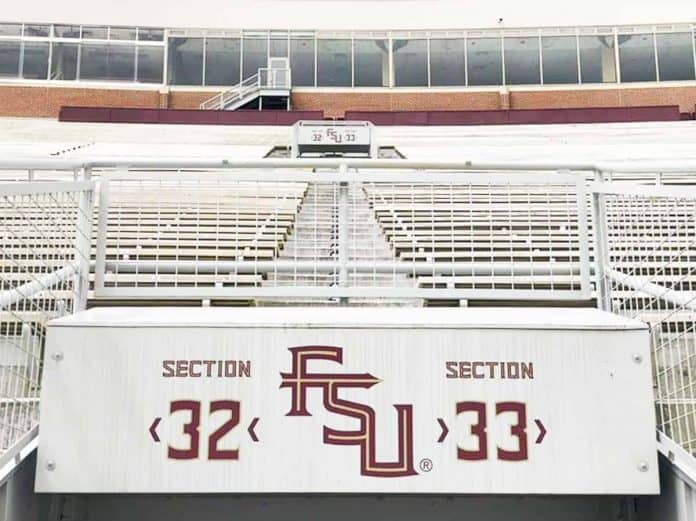 Extra Extra! You’re hearing it here first, Tallahassee Foodie friends.  I have a very exciting exclusive for you all, and I’m beyond thrilled to share as this one is SUPER hot off the press.

If you’ve been following Tallahassee Foodies for a while, then you already know that I am a MASSIVE fan of Tally Mac Shack.  They epitomize what a food truck means to me – super cool vibes, a menu unique to our area, gourmet ingredients, and dish after dish that’s served to perfection.

Well well, my foodie friends, they have exciting news that they want to share with you all first.  While we weren’t looking, just going about our every day, Tally Mac Shack has been secretly, oh so quietly, building another home at none other than Doak Campbell Stadium!!! Two of my favorite things, FSU football + Tally Mac Shack! I’ll probably hit a couple of extra football games this season because I just don’t think it gets any better than their savory mac and cheese comfort food on a cool fall day while cheering on our favorite team!!!

Track the Mac down at the stadium starting at the very first home football game. Their menu will consist of 4 to 5 options, rotating depending on the team we are playing. I’m hoping for some fun menu names in the spirit of each game – perhaps a gator tail Mac when we play those, well, you know who!?!?!

As if that news wasn’t exciting enough, somehow they’ve also found the time to expand into a new kitchen on campus within the 1851 dining area underneath the Azalea Residency Hall. This location will be open on August 26th and I’m sure it will be a campus fave amongst college students (where was Tally Mac Shack before I graduated?!?!). They’ll introduce what they’re calling “Mac It Your Way”, giving guests the opportunity to build their own Mac experience (campus option only), or “Mac It Our Way” allowing them to choose from one of their specialty creations.

To Tally Mac Shack, keep on keepin on. I’m expecting your kitchens to expand well beyond our Tallahassee city limits someday. I’m so happy for you all. Thanks for giving “your biggest fan” the green light to share your exciting news. I know others at our Tallahassee Foodies Facebook group claim they’re your biggest fan, but it’s simply not true. I’ll fight for that title 😉

It’s the return of the Mac. Oh yeah, get that one stuck in your head for the rest of the night, cuz it’s a goodie!