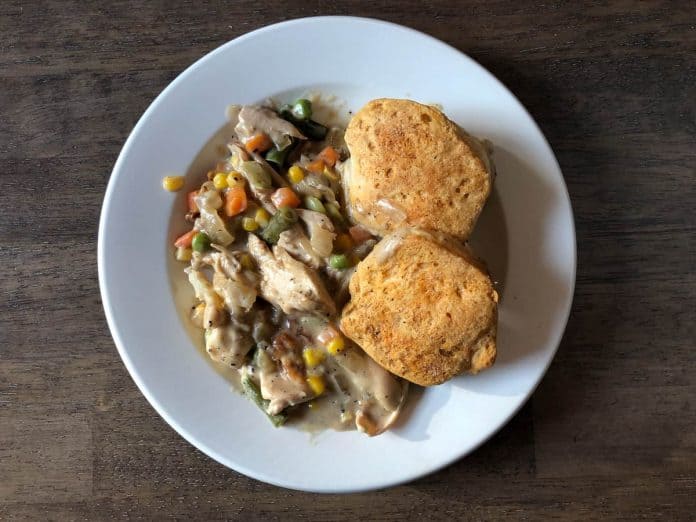 I lovingly refer to Nikki of Nikki Talks Food as the leader of our pack. I attended one of her cooking classes at Brown’s Kitchen Center just as our Tallahassee Foodies Facebook group was amping up, and was surprised when I realized almost all (if not all) attendees were members of the group. Little did I know the bonds I would form in that class! In fact, one attendee Becca is now the moderator of our group, and several others have banded together at our Hawthorn meetup and then the food photography class meetup. Although we were there to learn all about sauces, Nikki kept the atmosphere light and bright with her sense of humor and we all quickly became friends.

Amongst many other super fun facts, it was at this class that Nikki filled us in on an all purpose seasoning she had in the works, and I was eager for its debut. Well my friends, the time has arrived! Nikki’s Pro Seasoning hit the shelves of Brown’s Kitchen Center and I raced out there on Saturday to give it a try at her demo. First, she wanted us to try it on buttered and broiled toast as that is, in her words, “a blank canvas”. I had to ask Nikki what all was on the bread because it tasted like the best lightly salted garlic bread I had ever tried. Her response, “just Pro Seasoning” over butter. That was it, and wow!!! My 3-year-old daughter ran back for several rounds. She also gave us a sample of the seasoning on pork and it was beyond delicious. The first two ingredients are garlic and pink Himalayan sea salt, both of which pair together elevating her take on all purpose seasoning.

Well, for the next two days, we were at it. Pro Seasoning on everything. With her toast in mind, that very evening I landed in the kitchen making my favorite Tasty recipe, chicken pot pie covered in biscuit instead of crust. I sprinkled a bit of the seasoning in the gravy, as well as a light layer on the biscuits and it just altered, in the best way possible, the entire dish. We devoured every single bite. The next day, my husband smothered it all over his pork and totally elevated his usual recipe. I can’t wait to try it on fries next!