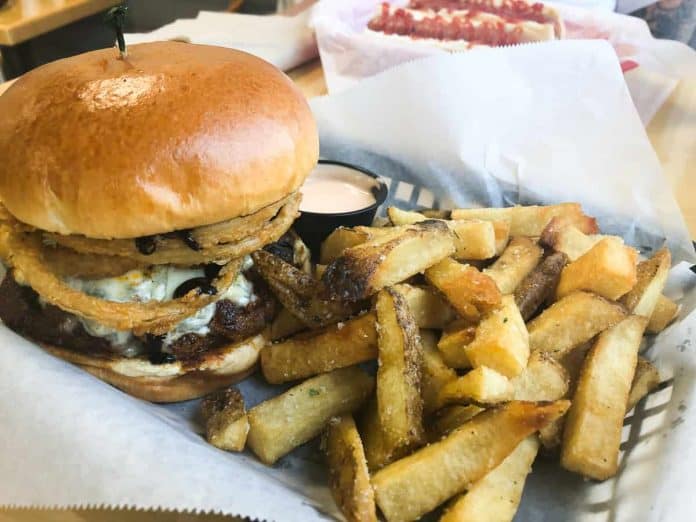 I finally made it out to the group’s very first viral sensation, The Mann’s Doghouse, located at 1412 W. Tennessee St. I remember vacationing in Destin for Memorial Weekend and it was the first time that I had seen post after post after post of members going to the same restaurant in the same moment, then the same day, same weekend, and well, they’re still going strong.

Mann’s had become a phenomenon, and they’re still racking up the quantity and quality recommendations months later. It was our first viral moment – our version of viral which makes a leap from virtual to reality – lots of recommendations at the group leading to major traffic in an establishment, and it was beyond exciting to witness. People were literally bumping into other members in line, or holding up their phone while ordering, saying “I want that”, as they point out a member’s pic at our Facebook group page. People, and now myself included, would visit just to see if they were worth the hype, and the report back to the group is always, “YES”!!!

So I jumped right in with one of their specialty burgers, the Black & Blue! It was fantastic!!! Everyone talks about the onion straws, which makes me think of those matchstick potatoes, but made out of onion. But no, these are literal gigantic onion rings layered right between your burger and bun. For the Black & Blue, my cajun seasoned hamburger had a thick layer of chunky blue cheese, topped with onion straws and a thin drizzle of balsamic reduction. This burger is huge! I only ate half of everything and I was stuffed. The next day I found out they have tasty shakes, and had I known, I would have made room! I always make room for dessert!

And now, like everyone else, here is my comparison for best burger in Tallahassee. Ya’ll know that forever and always, the Vertigo Texican Twist has been my all-time favorite burger!!! So did Mann’s take my gold medal. Actually, it’s a tie!!! I’ve thought about this and thought about this and thought about it! The burgers are just so dang good, and different enough, that I can’t choose between the two. The Texican Twist is a beef/chorizo blend with roasted peppers, caramelized onions, pepperjack cheese and creamy avocado-lime sauce. Yet, my favorite burger at home is always a blue cheese burger and Mann’s serves the best I’ve ever had. So I’m just going to have to bounce between the two burger joints… often!

Mann’s does win for best ice though, or as my friend calls it “rabbit poop ice”, her favorite shaped ice because she says it’s “more airy”, whatever that means lol. Sorry, had to share!

I, like everyone else that goes into Mann’s, got to meet the owner because he is always making his rounds, and he couldn’t be nicer. My husband has met him on several occasions, and has even had their food truck cater some events, and he just can’t talk about Scott without following his statements with, “he’s just the nicest guy ever”. So true!

Have you made it out to The Mann’s Doghouse yet? What did you order? How’d you like it?