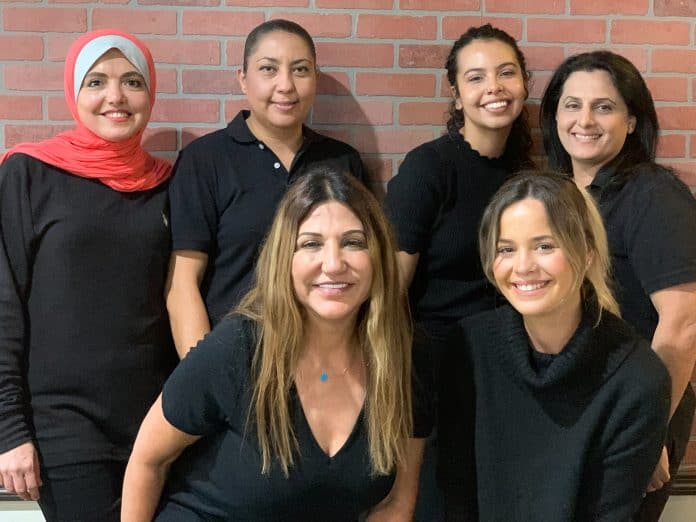 For so many people, for so many generations, America has been the land of opportunity, a place to start and a place to find dreams. And those were the very things that brought Sophia Al-siroa and her family to America in 1999, after leaving Lebanon to find new and better opportunities for the future. Their arrival in America, however, did not happen immediately. The family spent time in Canada before landing in Tallahassee, where they had family.

As different as Tallahassee was from home—and from Canada—the family fell in love with their new home. “We found the U.S. provided better for us as a family,” says Sophia’s son, Hussein Hussein.

Granted, it was not all smooth sailing. “It was scary and different,” says Hussein, recalling the early days. “Tallahassee is full of amazing people, but we seemed to be some of the very few Mediterranean people around. We were different than everyone.”

Still, Sophia and her family saw an opportunity in the differences and launched a restaurant that would introduce some of their native foods to Tallahassee diners. Opening their doors in 2000, Sahara Greek & Lebanese Café proved to be a success—after some admitted failures over the years—to create something that would build a family legacy in their new homeland. “We felt immediately accepted by everyone,” says Hussein. “It was less about the money and more about being a part of America.”

Twenty years in, “Mama Sophia” has created a menu of recipes that bring a taste of the Mediterranean, made in the way that they have always been made, back in the old country and according to tradition. “It’s so hard, but so worth it,” says Hussein. “We still make it like they do back home. We still boil our own chickpeas and peel them to this day.”

Credit for the delicious meals that come out of the kitchen also goes to their incredible head chefs. “Shereen has been with the company for nine years, and Maria has been at the company for 18 years,” says Hussein. “Along with my mother, these amazing women are truly some of the best most talented people in the industry.”

Along with Hussein and Mama Sophia, there are other members of the family who work at Sahara. “Mom’s sister in-law is the general manager, and her two amazing daughters are server and front house manager,” Hussein notes. “Still, there are people there that are not blood relatives who are still just as much a part of our family. A lot of us have been to each other’s weddings, birthdays… Many special occasions. We have been in each other’s lives for a very long time.”

Clearly, there is something special happening at Sahara. The family dynamic extends to the guests, and their food is, simply stated, made with love. “It’s all handmade, all made in house. Even our wine comes from northern Lebanon,” says Hussein.

Naturally, the menu includes a wide range of Mediterranean classics such as gyros, wraps, dolmas, and tobouleh. Along with the tzatziki, which Sahara sells more than 120 of weekly, favorites include Sahara Rose tea, falafel, lamb kebabs, hummus, and chicken shawarma—all of which are labor intensive dishes that show the family’s dedication to quality and flavor.

Adds Tallahassee Foodie Molly Woodsum, “Sahara is always a win in my book. So much delicious food to share with my husband and two boys!”

Fellow Foodie Elise Vendrone would agree. “I have to put a spotlight on Sahara. Soooooo good. I’ve lived here four years and didn’t know what I was missing! I’ve been on a mission to find the best Gyro in Tally, and I don’t even know if it’s worth continuing on, because I’ll just compare them to Sahara’s and be disappointed!”

With each dish, Mama Sophia and her family at Sahara Greek & Lebanese Café are welcoming people into their home, into their heritage, and bridging two worlds. It’s love on a plate, with generations of history behind it.