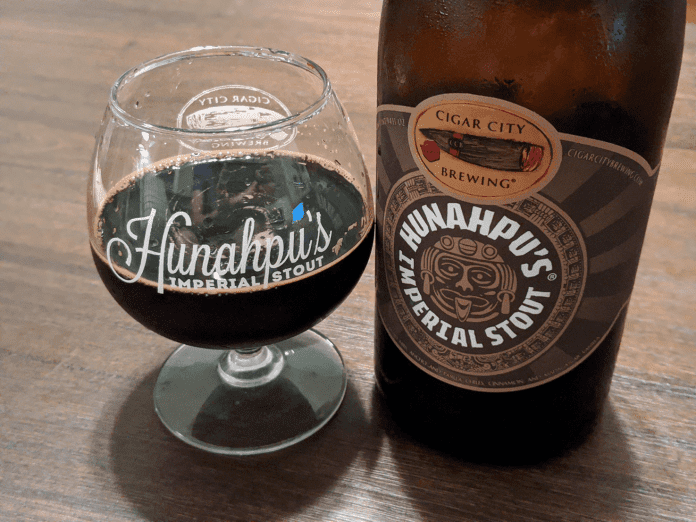 Tallahassee Foodies Pro Feature – Welcome to another edition of “Tallahassee Foodies Pro Feature”. Once a week, I’ll be inviting a local expert in our community as our guest to share a little bit of their knowledge with the rest of us! Today, we have Bryan Smith, the Marketing Director of one of our favorite local breweries, Proof Brewing Company. Bryan is going to give us a fun lesson on different styles of beer, as well as the impact Florida breweries have had on beer nationwide. I’ll let Bryan take it from here…

Without a doubt, Florida beer is one of the most unique and fantastic craft beer scenes in the nation. It’s not just damn good; it’s paved the way for some of the most eye-catching styles and award-winning notoriety worldwide. Let’s take a brief look at a few beer styles and breweries that put Florida on the world stage, through an insider’s perspective.

Full disclosure: I work for a Florida brewery. Within nearly eight years of employment, I’ve attended countless beer festivals across the U.S., and many of my industry friends would agree: Something is different here. To borrow a tag line from our friends at Visit Tallahassee— Florida beer can be “Pretty. Unexpected”.

Craft beer has always been about community. Each brewery can strengthen community bonds—it can be a neighborhood’s lifeblood. Not only do most local breweries raise awareness and financial support for non-profits, stimulate the local economy, and employ people, but they also provide a venue for fun and socialization with friends and family. I’ve traveled to many breweries with my own family and created unforgettable memories in settings that encourage sharing, from gossip to spirited debated, while trying new beer styles that pushed the envelope.

Growing up in Tampa, I was lucky enough to be around during one of the Florida industry’s craft beer pioneers. They’re not the first brewery in Florida, but they led the charge in other ways: Cigar City Brewing quickly became the leading innovator of a full-scale production brewery with state-wide distribution and an extravagant portfolio, leading the charge with their Jai Alai IPA. I was such a geek for this beer that I still have a can from their first canning run dated October 4th, 2012.

Funky Buddha Brewery started about the same time as Cigar City and quickly became a South Florida sensation with its Hop Gun IPA and pastry-style beers. The flavor profiles they have created are something out of a Great British Baking Show fan’s wildest dreams.

Cigar City and Funky Buddha Brewery introduced to the public at a massive level the heavily adjunct, rich, and delicious dark beers called Hunahpu’s Imperial Stout and Maple Bacon Coffee Porter. But no shoutout would be complete without mentioning Cycle Brewing and Angry Chair Brewing.  All four breweries are known for pushing the limits of flavor complexities and clocking in some of the highest-rated beers of their styles on sites like Untappd and RateBeer.com.

There is certainly no debate that it is best to mix food and drink because it draws out the best flavors in one another. So, I grabbed a bottle of Angry Chair’s Popinski 10% Imperial Stout with Peanut Butter & Marshmallow from my cellar and opted to find a local food option to match intensity with intensity. Let’s say I think I hit the jackpot.

In my decades of living in Tallahassee, I’ve eaten here dozens of times, but I had never tried this one!  Midtown Caboose has a burger called “The PB&J.” As the menu describes, it is their “classic burger with melted peanut butter cheddar cheese and your choice of house made blueberry, strawberry, or grape jam, topped with smoky bacon on a toasted kaiser roll.” I picked blueberry, because— why not?

If there was a peanut butter heaven—I’m there.

This style is undoubtedly suited for fun in the sun. The Fruited Sour—sometimes called “The Florida Weisse.” With this style, you can taste the rainbow of flavors. Many breweries have their interpretation of how sour, tart, or fruity they make them—some are light, and some push the ingredients. The unique appeal of this style is its cross-overs for fans of other alcohols. Do you usually drink wine? Margaritas? Well, you might like a sour beer!

Some of the first fruited sours beers I ever had were from 7venth Sun Brewing out of Tampa. They always had just the right amount of tart and fruitiness to be such an enjoyable sipper. Sudachi fruit? Check. Lemon zest and raspberry? Check. The complementary tart and refreshing flavors make for a thirst-quenching moment.

Being in Florida, we have access to excellent tropical and exotic fruit. Spoiled with the selection, breweries across the state have made a name for themselves using these fresh ingredients locals love. And hey! Speaking of locals, if you live in Tallahassee, most local breweries have some fruited sour available. Never tried one? What are you waiting for? Grab yourself a 6-pack and enjoy it! Now more than ever, breweries could use your support. For years, Florida breweries have been pushing boundaries with styles, creating community, and providing local beverages with a global name and reputation. Let’s raise a glass to Florida beer!

This post is not sponsored. Bryan Smith is an invited Pro Feature guest by Tallahassee Foodies to share his knowledge of different beer styles, as well the impact Florida has had on breweries nationwide.

Pro Feature – A Beautiful, Tasty Breakfast Board By Shannon Of Tally Cheese Boards