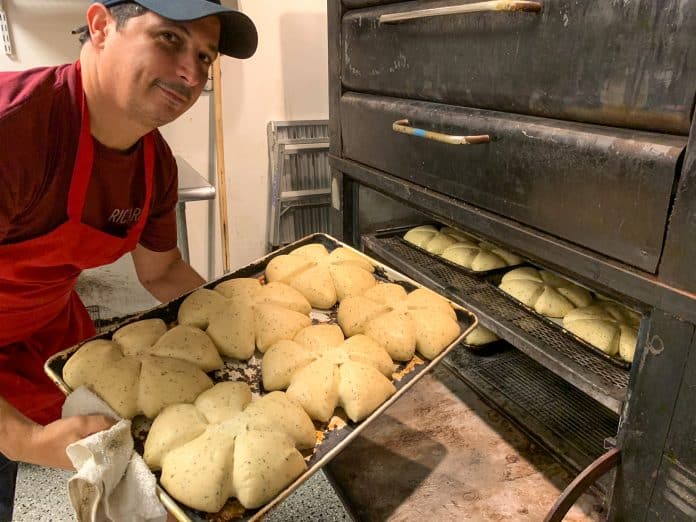 There’s something called serendipity that is almost poetic in its explanation of the unexpected coincidences that seem to be fated, little instances when happenstance seems to bring us to an exact place we are meant to be or an exact person we’re meant to meet. And for Riccardo’s, serendipity seems a part of its story from almost the very beginning.

Originally opened in 1994, Riccardo’s was resold in 1999 to Tina Lipford, a woman who, despite having no restaurant experience aside from waiting tables at a truck stop when she was a teenager, felt she could do something magical with the restaurant. And as a Lucille Ball fan—and a former native of Jamestown, NY, where Lucy also hailed from—she saw the name of the restaurant as a sign. Serendipity.

Seven years later, in 2006, Tina’s daughter Alicea Acevedo and her husband John came to help out temporarily, and they’ve been at the restaurant ever since. Over the past 22 years since Tina bought it, Riccardo’s has become a Tallahassee gem, a favorite place to go for Italian food that has all the hallmarks of a family-run restaurant: the atmosphere, the familiar faces, the quality of food.

It is, undoubtedly, the reason people come back—and the reason that people stay. “Our chef, Randy Stinnett, has been working at Riccardo’s since before my mom bought the restaurant,” says Alicea, a former event coordinator who now does the restaurant’s payroll, accounting, and menus. “He started when he was 14, and his dad worked here, too. We also have a front of the house employee, Lance, that has been here since before my mom bought the restaurant. Which, in an industry with such a high turn-over, is amazing.”

As popular as they are, the recent move to Midtown could have affected their business in any number of ways, but the most noticeable has been an increase in wine and beer sales. To keep up, they’ve expanded their drinks menu. “My husband has done a great job with that, and he loves craft beer, so we have a rotating list of over 30 kinds of craft beer, over 35 wine choices, and six meads,” Alicea says.

Like other restaurants, Riccardo’s had to pivot to survive the pandemic. One of the ways they did so was coming up with a take-and-bake option. “We were so fortunate to have our loyal customers support us through the pandemic, and we were busy enough to hang on to all of our employees—we feel so lucky for that,” says Alicea. “We are very limited in our oven space, and we were selling more pizzas than ever before, so we had to figure out a way around that—hence the take-and-bake pizzas. They actually turned out to be one of our top-selling items last year, and this year we have begun doing fundraising packages with the take-and-bakes for schools and organizations.”

With signature items like pizza, calzones, lasagna, and spaghetti and meatballs—not to mention homemade bread that, FYI, is made each day in-house, requiring them to make two or three 85-pound loads of dough per day—Riccardo’s is everything you could hope for in an Italian joint.

“Whenever I have family come visit, Riccardo’s is the one place that makes everyone happy,” says Tallahasee Foodies Group member Luke Flynt. “My father-in-law will cheat on his very strict diet for one of their calzones and literally nothing else. My brother and nieces and nephews always request their pizza. I’m fond of the lasagna and my wife craves their manicotti. And their drinks? Amazing!”

Adds fellow Tallahassee Foodies Group member Amber Brown-Johnson, “My mom and I decided to stop in at Riccardo’s yesterday after an appointment for a pizza, and we really enjoyed it! They use their secret bread recipe for the crust, which is super yummy if you like thick crust. It had a ton of cheese, perfectly cooked pepperoni, and the sauce was not overdone. It definitely hit the spot for good pizza!”

Like the best Italian restaurants, Riccardo’s is also big on tradition—which means that, like its original owners, they continue the custom of German night on Thursdays. “With our family being German, it was a no-brainer!” says Alicea. “We loved being able to expand on the previous owner’s specials and put some of my grandparents’ dishes on the menu.

My oma and opa came over to the United States from Germany in 1955, and they are 89 and 93 now, living in New York. They were both amazing cooks.” German night dishes include wiener schnitzel, while the first Thursday of the month features pork with sauerkraut, and the third Thursday features rouladens.