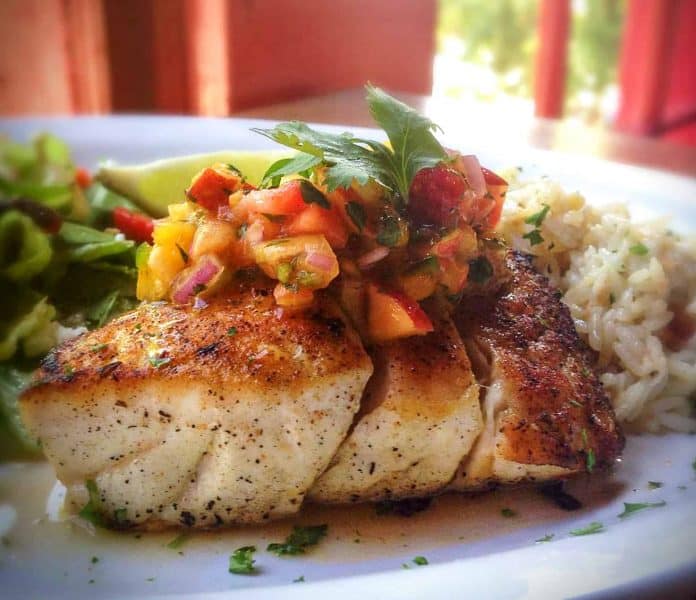 Well this just got next-level exciting! This was supposed to be a simple, informative article about a restaurant opening, but turns out, I’m hitting some major fun facts with every question I ask! I’m quickly realizing we are in for a very special experience at Chuck’s Fish in Downtown, located in the former Po’ Boys location at 224 East College Avenue. Mark your calendars for their grand opening on Monday, August 24th!

They’ve Been In The Restaurant Business For Years

I received an email from Chuck’s Fish cordially inviting me to their soft launch and unfortunately, I had to decline because I’ll be out of town. My husband and I are trying to squeeze in one last summer getaway in Destin where we plan on spending our anniversary at our favorite beach-view restaurant, Harbor Docks.

I let Chuck’s Fish know that although I couldn’t attend, I would love to write up a feature article about their restaurant opening. When I asked owners Charles Morgan and Cris Eddings how they found their way into the restaurant businesses, their response, “Charles started a restaurant in 1979 called Harbor Docks…” At this point I have to pause while I have my first freak out because, what are the chances that I’m unable to attend their local restaurant opening because I’ll be dining at their other restaurant in Destin? This moment also confirms to me that we are in for some AMAZING food! And, continue with another round of questions…

“Tallahassee has great restaurants. We hope to be one of them.”

“I was a private boat captain and there were only a handful of restaurants in Destin, so I thought it was a good idea. We had no idea what we were getting into”, said Morgan of his humble beginnings. Now that he has owned a successful restaurant in Destin for several years, he knew it was time to branch out to one of his favorite cities, Tallahassee. “We’ve always liked Tallahassee. We know a lot of people here. We like being a part of helping revive downtown areas. Tallahassee has great restaurants. We hope to be one of them.”

Another fun fact – in addition to their ownership of Chuck’s Fish in Tallahassee and Charles owning Harbor Docks in Destin, they also own a seafood market in Destin that supplies the fresh seafood to their restaurants. Their dinner menu is below, and they hope to open for lunch and brunch very soon.

What To Expect At Chuck’s Fish Tallahassee

When asked how they decided on the theme and cuisine for Chuck’s Fish, Charles responded, “We have owned our own wholesale fish market in Destin for 35 years. That gives us confidence when it comes to the quality of our seafood. Cris Eddings’, his mother Yoshie and I are partners in Chuck’s Fish. Cris is great at running restaurants and Yoshie is one of the greatest sushi chefs in this country. We offer a wonderfully simple, seafood oriented menu – with the best sushi anywhere. At Chuck’s, you can enjoy both.”

An excerpt from Tony Judnich for the NWF Daily News – “The speech that Charles ‘Chuck’ Morgan Jr. initially planned to give to members of the Young Men’s Business Club in Birmingham, Alabama, more than 50 years ago might have eventually faded into obscurity. But on Sept. 15, 1963, the day before Morgan was to deliver his speech, a bomb planted by several members of the Ku Klux Klan blew the city’s 16th Street Baptist Church apart, killing four young black girls and maiming many other people.

The tragedy caused Morgan, a young white family man and rising civil rights lawyer in Birmingham who later lived in Destin, to change the topic of his speech. It later became well known as ‘A Time to Speak'”. Charles “Chuck” Morgan Jr. is Charles Morgan’s father, and Chuck’s Fish is named after him. For more about Chuck Morgan, please read the full story, including his amazing speech.

I miss the amazing sushi Downtown, Tallahassee had to offer at Jasmine Cafe, so I’m thrilled to try what Chuck’s Fish has to offer. Several of their other menu items look a lot like what I would find on the menu at Harbor Docks, so I can’t wait to get in there. Mark your calendars for their grand opening, this Monday, August 24th!